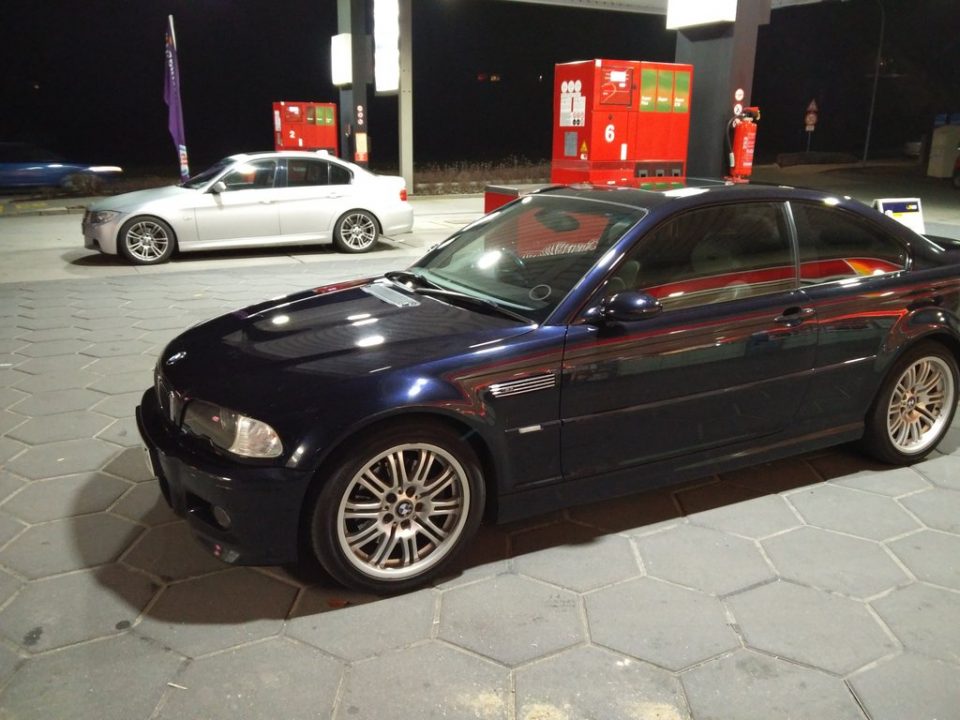 So we where basically doomed to wait for the arrival of the shell. I wasnt’t too exited on spending serious money on parts that I might not need if the shell “would get lost” so there was nothing we could do but wait.

We knew that we needed a technical donor car in the future but I didn’t have anything on my radar.

I spread the word to my VLN/RCN racing buddies for a “Nordschleife Victim” but didn’t expect to hear back from them in the next couple of months to be honest. Not a lot of racing going on in February in Germany.

Somehow Elvis found a 2003 Carbon Black E46 M3 SMG Right Hand Drive with 150 000 miles (not a typo, mls not km) for a really good price on monday. Tuesday evening after work we drove 230 km one way to inspect the car.

The second the owner opened the garage door I knew that we didn’t had to look any further then this. A 10 Minute inspection, feeling out the owner plus like a 1 km test drive later we haggeled down the price and got the car for 8600€.

I’ve bought E46 M3s for less but at least a 1000€ trip from where I live, with technical issues and they where nowhere even close to the condition this baby was in.

We knew that the tank was pretty empty but I didn’t expect to drive in the gas station with range of 1 mile. Nether kidding nor a typo, could still beat myself for not taking a picture but that wasn’t my highest priority.

We filled up the M3 and my 330d daily driver and headed back to Munich. We arrived at the shop at around midnight what didn’t keep us from putting the car on the life so see what’s what.

The car was in better condition then we imagined. We had a lot of “I’ve never seen XYZ in a great condition like this one”

For the price we got we knew that we could always resell it, probably with a profit.